Bone up on your Spanish or obtain an introductory course in the language as you’ll enjoy using it in Mexico City. First established in the 1300s by the Aztecs, Mexico City is a mix of the past and present that combines Spanish and Mexican traditions with contemporary trends. So what are our top six things to do in Mexico City?

Probably one of the best highlights of a trip to Mexico City is the cuisine as the staple diet of Mexicans is made up of such foods as chili peppers, tomatoes, beans, corn, chicken, beef and rice. Plus, you only have to spend about three dollars for a satisfying meal. Therefore, you can enjoy Mexican fare that includes such specialties as tacos, quesadillas, or hearty gorditas. Walk off the calories in one of the many renowned parks that can be found throughout the city.

In fact, Mexico City’s central parkland, Alameda Central, is one of the most popular areas in the city for visitors. A gathering place for office workers or shoppers doing the lunch hour, the park allows you to stroll through the heart of the Mexican capital with ease. Originally, this popular venue was an execution site during the period of the Spanish Inquisition. Fortunately, today, Alameda Central is an active yet relaxing municipal oasis that is a home to vendors, peaceful green spaces, and beautiful statuary.

3. Spend the Day in the Bosque de Chapultepec

Another major park you’ll want to visit as well is the Bosque de Chapultepec, noted as being the largest park in Latin America. In fact, the Bosque de Chapultepec is distinguished as being in the same league with such great city parks as Central Park in New York City and the Imperial Gardens in Tokyo. The park is home to a large zoo, established in the 15th century, La Feria Chapultepec Mágico, (an amusement park), and a marine park, which features an aquarium and seal and dolphin shows.

While you’re in the area, be sure to visit the Castillo de Chapultepec too, which was Presidential residence up to 1940. The structure is currently the base of the National History Museum which features a large display of Mexican art, spanning from the time of the Aztecs to now.

5. Explore the Oldest Part of Mexico City, or Coyoacán

Going back to the time of Cortés, Coyoacán is a tranquil and peaceful section of the city that features colonial architecture and active squares where you can enjoy the performances of mime artists, musicians, and jugglers on the weekends.

6. Shop for Gifts and Mementoes and Listen to the Mariachi Music in the

Known for its mariachi music and bustling nature, the Plaza Garibaldi is a fun place to visit, either day or night. Close to other cultural attractions, you’ll want to include this lively and entertaining square on your travel itinerary.

A Guide to the Small Museums of Amarillo, Texas 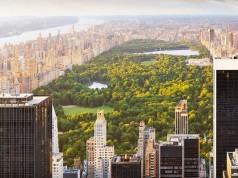 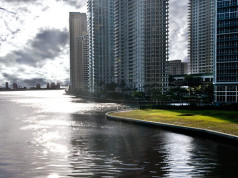